I was as misled as you are right now when I first attempted this article. What was your initial thought – that every item on the article is simply ‘office-related’?

Generic print coffee mugs, binders, paperclips, and many other stationery items come to mind when we hear ‘office gifts’. And that’s the genius of this list for those who know what’s up.

Being directly inspired by the hit show ‘The Office’, we’ve garnered these The Office Gifts For Him that will make any fan of show love you in an instant.

The Office had undeniably shifted our perspective on office ethics and morale by engrossing us so much into their everyday errands and romantic obstacles.

Before we step into the collectables, we would like to offer perhaps the most functional collectable out of the bunch. Made of strong ceramic and coming in two sizes, Michael Scott’s mug will keep your beverage hot for hours on end.

We can’t browse through these gift ideas without viewing them in light of the show. You probably imagined Michael Scott’s held by your friend who’s sifting through mountains of paperwork.

While this metal sign can go in the collectable section, if it so happens your friend’s co-workers are also fans of the show, they can totally hang this on their department’s door and grin every morning as they go to work.

Every year Scott would summon his staff to Chili’s and hand out the infamous Dundie Awards: Spicy Curry Award, Fine Work Award, Hottest in the Office award – prizes of vague significance but nonetheless important to the show’s recognizable character.

For fans of The Office this award is even more cherished than The Oscars themselves. Invite your person in mind over to Chili’s and pull the marble-based statuette and wait for his reaction!

Not so much up your friend’s alley, the Dundie Award that is. We present a gift that is to be appropriately bundled with Michael Scott’s “World’s Best Boss” mug.

Michael Scott is a difficult character – one who must balance his personal affairs springing from the office space while not being the total bell end (sorry that’s the British Office – dick head) that hatches out of him.

There’s a scene floating the seams of my consciousness in which Dwight awkwardly recreated the last supper but a photoshopped art print is something new.

Featuring not only the entire cast but also the Dunder Mifflin Inc. logo. If your friend has his own special ‘shrine’ for collectables, this is the perfect icon for his altar.

The Office coined many memorable phrases over its eight-year run. One of them being ‘that’s what she said’ that you’ve probably spotted on the blanket already.

In truth, every square inch of this 100% cotton blanket depicts something recognizable (be it a quote, name of an episode, characters, or iconic items), so make it a test of your friend’s inner fangirl!

Exactly halfway through our list is by far the most killer gift idea for fans of The Office. Comprised of 369 pieces, this set gives you the chance to recreate some of your most beloved scenes from the show.

Michael Scott, Jim Halpert, and Dwight Schrute will be your main characters as you take control of the plot and lead them to their unscripted ends!

Are you a proud employee of Dunder Mifflin? We offer you a 50/50 hoodie manifesting your love for the show (50% polyester, 50% cotton, no paper).

Elevate your street style while letting everyone know who you are working for. It’s safe to machine wash, though hight temperatures are strictly to be avoided.

Boring on the outset but teeming with meaning for fans worldwide. In the era of home offices, we’re all missing a bit of community office spaces.

Hang it by your home desk and give a thought or two to reconsider the significance of teamwork.

This is how you make a not-so-personable character loveable.

Though Dwight’s lack of social skills and multiple wrongdoings would jettison him in the margins of the show, we can’t help but harbour deep affection for this otherwise goofy personage.

He’s weird, committed, and borderline evil, but his stiltedness makes the cast of The Office complete!

You miss 100% of the shots you don’t take’ was first uttered by the famed hockey player Wayne Gretzky but was seamlessly adopted by The Office as Michal Schott’s core motto in the fifth season.

Fans who religiously watch The Office drop a Michael Scott every time they get the occasion, so for this one we thought a framed painting of him might be exactly what they’re looking for.

Another hot for the office-themed blanket. This time in red! ‘Did I stutter?’, ‘Catch you on the flippity flip’ and many more iconic quotes that have etched on our minds as we escorted the show to its foreseeable end.

Made of 100% polyester you should be cautious when machine washing and tumble drying – keep temperatures and tumble speeds low and you’ll be fine.

Pink, gray, and blue. These are the three colors in which Balanced Co. delivers Kevin and his delectable chili.

Featuring the grotesquely funny scene of Kevin spilling a pot of chili, you can expect the part from the ankle down to be daubed in chili sauce as Kevin gazes at it regretfully.

The socks are breathable, made 80% combed Cotton, unisexy (i.e. look good on everyone), and are a gift nobody would expect.

Your recipient won’t be screaming Michael Scott’s words when he swipes the sequin and reveals Steve Carell’s iconic grimace.

Guests will be absolutely clueless as they pass by the 40×40-cm jet black pillow before they actually run their fingers across the magic sequin to reveal their most beloved character.

It’s important you tell your The Office fan that this pillow ought to be washed by hand with warm soapy water. Other than that, it’s simple as it goes.

It’s surprising how many classical art renderings The Office has! First it was the Last Supper (though it’s been so overused you kinda expect a ‘Last Supper’ recreation for everything nowadays’) and now characters appear in George Seurat’s famous A Sunday Afternoon painting. Spoil the fan of The Office and art lover inside your friend with a true model of pop culture.

Lacesi – Box Against Office With 180 Cards

If I were to name The Office’s edition of Cards Against Humanity it would be something like ‘Dunder Mifflin Against Humanity’ but I guess ‘Game Against Office’ is fine, too.

If you know what CAH is all about then it’s not any different here – create funny, silly, and obscene scenarios with characters of The Office as you spend hours laughing with your friends around the table.

It’s no secret that Dwight and Mose Schrute sell the finest beets, weapons, give the most expert lessons on self defense, and offer the most comfortable Bed and Breakfast.

For satisfied customers there’s this chance to show their loyalty to the two brother’s joint enterprise by buying their 100% Polyester Fleece merchandise.

Uh oh… it looks like article came to its eventual end. We, at Quokkadot, do our best to analyse the gift idea market and fine-tune each of our lists accordingly. Take a look either at our endless lists of gift ideas or maybe drop us a hint at the type of person you’re searching a gift for, and we’ll return back to you with some viable options!

Quokkadot is supported by reader like you. When you buy through links on our site, we may earn an affiliate commission at no additional cost on your side. 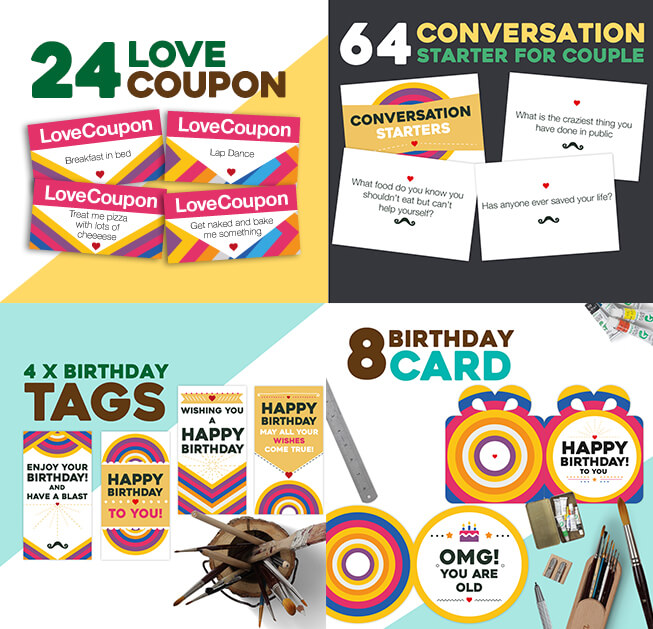 Get This Printable For FREE

Subscribe now and we will send it straight to your inbox